DISCOVER THE MAGNIFICENT CITY OF MONTPELLIER

The dynamic Languedoc capital offers historical, cultural and artistic heritage known for its richness, diversity and has reinvented itself through the ages.

The historic centre
The historic centre of Montpellier (Écusson) offers visitors an unforgettable journey through time from its medieval origins (founded in 985) to the sumptuous Haussmann’s style buildings, through its lavish mansions of the seventeenth and eighteenth centuries.
The majority of streets dating back to the Middle Ages. Most buildings, including religious (Cathedral of Saint-Pierre), also date from the same period, although significant changes have been made in modern times. The seventeenth and eighteenth centuries witnessed an intense architectural development including the construction of the famous Perou and Esplanade walks, Saint-Denis church, and many fountains. In the nineteenth century, vine’s success helped the funding of remarkable new constructions such as the train station, courthouse, Sainte-Anne and Saint-Roch churches, as well as the renovation of the magnificent Opera–Comedy theater. 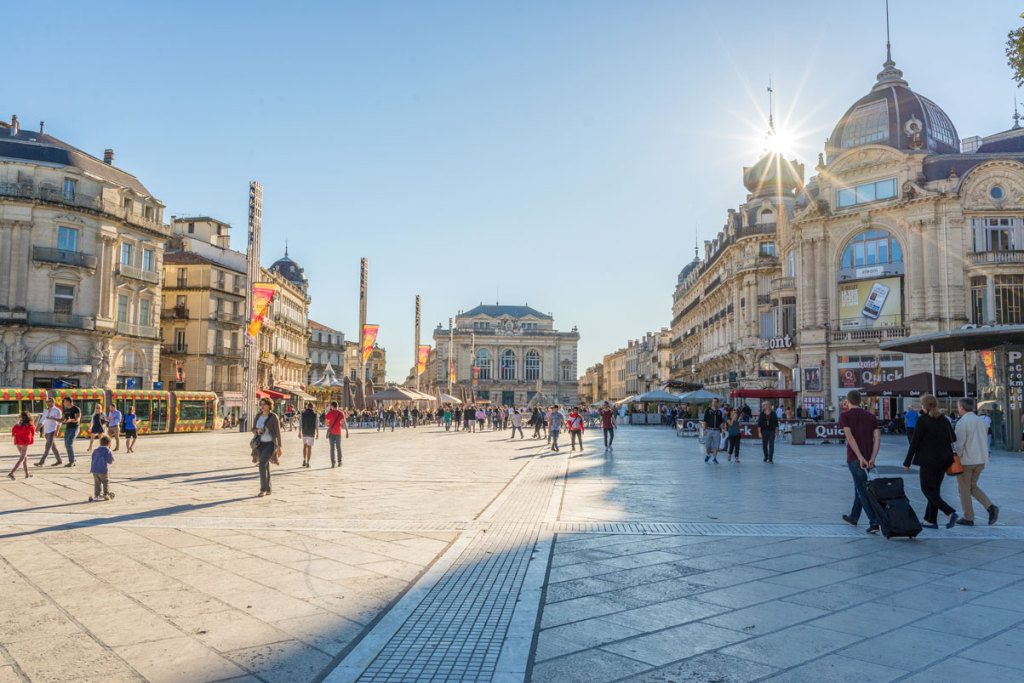 Antigone
From the Polygon mall (at the gates of Comedy) to the hotel area on the River Lez stands the postmodern Antigone district, built between the late 1970s and early 2000s. The district’s style is inspired by the architecture of ancient Greece. It is an artwork of Riccardo Bofill. Antigone, from the sky, takes the form of a key. Europa Square, which presents itself as a vast amphitheater with green lawns, borders the Lez and pays tribute to the English city of Bath. The area has many statues and fountains depicting Greek gods or heroes and an Olympic pool. 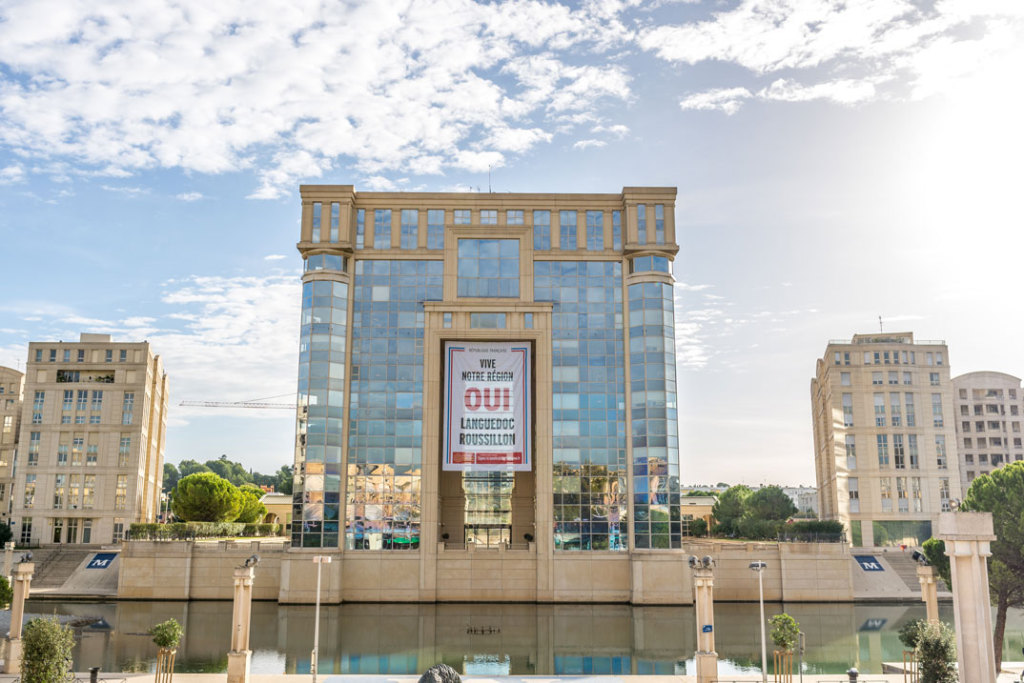 Sustainable Port Marianne ecodistrict
Located south of Montpellier on both sides of Lez, this durable and contemporary district is the subject of urban planning, architectural and engineering innovative choices. It houses since November 2011 the new City Hall of Montpellier, a monumental cuboid, built under the direction of architect Jean Nouvel and François Fontès. 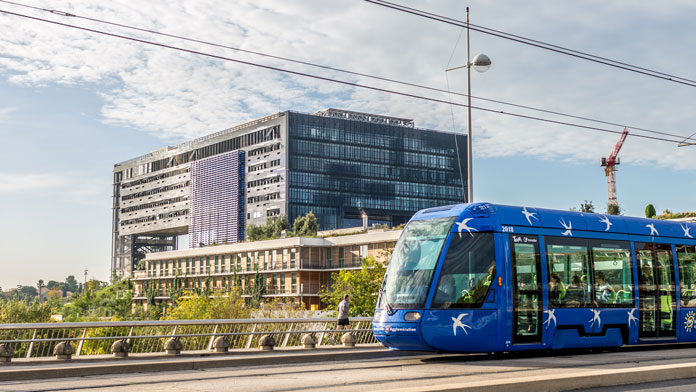